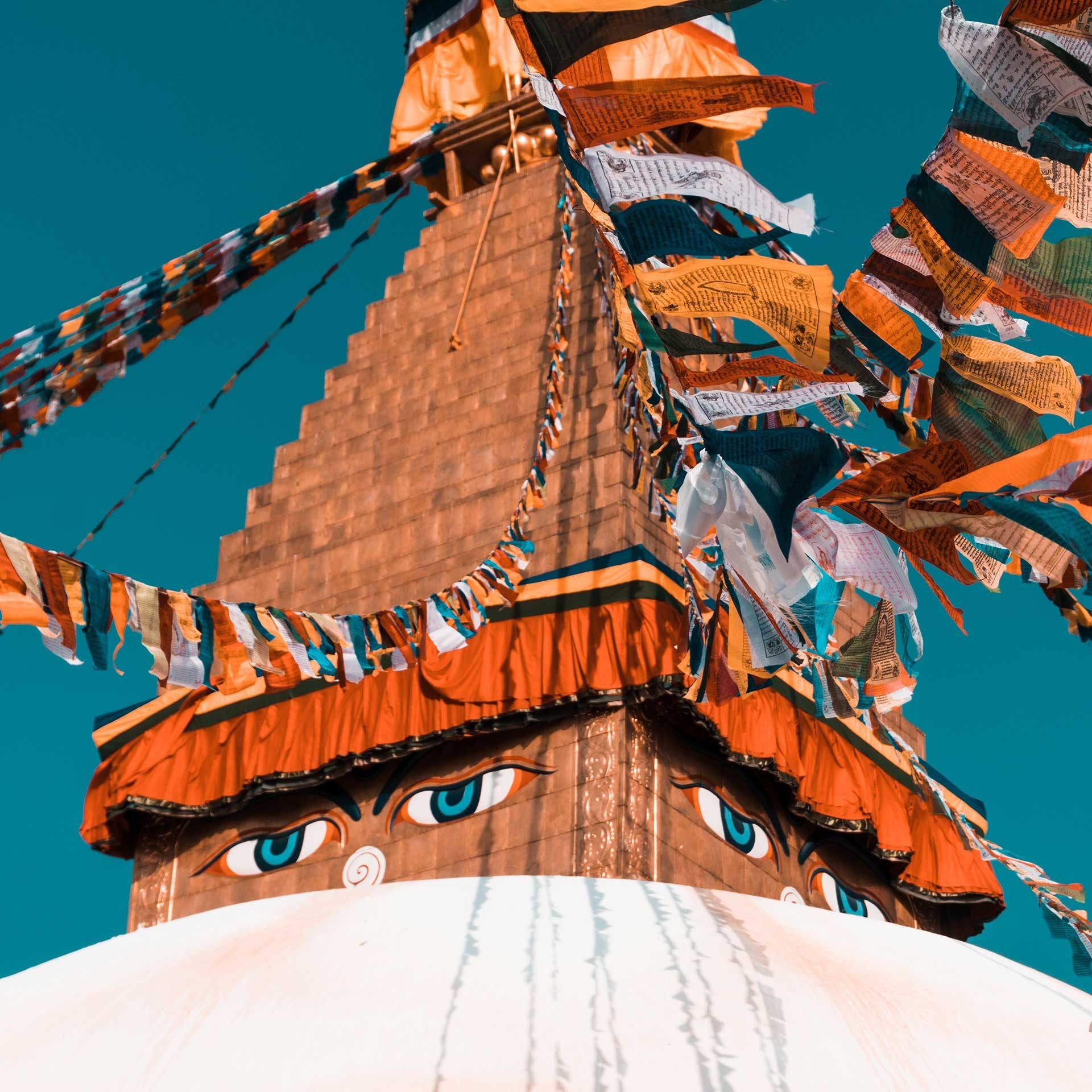 In brief, this tour is a blend of mountains and culture. For people who have completed their trek but are hungry for more mountains or for people with no time or desire for trekking, this tour will give you two different ways to experience the mountains. One from the comfort of a mountain flight which takes you over 20 great Himalaya peaks! And one from in the chilled air of a hill station just outside of Kathmandu where you overnight to get sunset and sunrise panorama views which will stop you in your tracks. Culture and history lies in the temples, ghats and stupas which this tour also visits.

You probably know Kathmandu lies in the centre of the Kathmandu Valley, surrounded by the foothills and the snow capped mountains of the Himalayas. But did you know that originally Kathmandu was one of three Kingdoms. Today it physically (if not administratively) encompasses the old Kingdom of Patan also. On this seven day tour you will see the highlights: three iconic heritage sites in Kathmandu, the palace square in Patan, and the Durbar Square of Bhaktapur (the third kingdom). If ancient culture and heritage is not enough, a glimpse of modern culture can be gained by shopping in the tourist centre of Thamel or perhaps visiting one of the many bars to listen to live music.

If you would like to know more about this trip, or any other trip in Nepal, please do not hesitate to contact Sherpa and Swiss Adventures. Basically, the itineraries on our websites are for the most popular destinations. You can contact us and let us know your requirements. For example, your intended length of stay, your preferences of hotels, your choice of route for trek, the places you would like to visit, or any kind of customization. We would love to hear your unique choices and travel ideas; based on which we can curate a blend of our ideas and come up with the most suitable trip itinerary for you as an individual or a group.

It all starts here.  But first, the formalities…

Our airport representative will be there to meet you outside the terminal at Tribhuvan International Airport in Kathmandu.  You will recognize her/him from the Sherpa and Swiss Adventures signboard they will be holding. You will then be transferred to your hotel by our private tourist vehicle.

Later that day there will be a pre-trip meeting in our office. If your flight arrives after 4pm you will be briefed when you reach your hotel. Please ensure to ask any questions you may still have about the trip regardless as to when or where your briefing meeting takes place.

Please bring to the meeting: your original passport and your travel insurance policy (hard copy please). During the meeting we request you to clear any outstanding monies and sign the legally binding trip form and a non-liability disclaimer.  Thank you for your cooperation.

If there is time today, we will arrange some sightseeing for you.  So please advise us of your proposed flight arrival time when you book your trip.  In this way we can arrange a suitable sightseeing tour to fit with your timing.  Alternatively, you can rest and/ or explore the surrounding area yourself.

After breakfast depart for an early morning mountain flight! This flight is around 50 minutes and takes you east to see Mount Everest. Each passenger has a window seat so you are assured the best possible view. On landing we drive a short distance to Pashupatinath. This is the most revered Hindu temple in the country, particularly for worshippers of Shiva. After exploring the sights, sounds and smells of worshippers carrying out their devotions, we head to Boudhanath Stupa, heart of Tibetan Buddhism in Kathmandu. Here we take lunch gazing at the iconic “eyes of Nepal” painted onto the stupa. After lunch we make our way through the city to the hill on which Swayambhunath or Monkey Temple sits. From here you can see Kathmandu lying below you. This Buddhist stupa attracts both Buddhists and Newar people who follow a unique blend of Buddhism and Hinduism. After the tour your guide will take you to your hotel where you can freshen up and explore the shops of Thamel before dinner.

A mountain flight is the best way to see the Himalayas without having to exert time and energy hiking!  During the 50 minute flight you will see 20 of the highest peaks – starting from Langtang, the range closest to Kathmandu, and then moving towards Mt. Everest in the east. In case of bad weather this will be rescheduled for Day 3.

Pashupatinath: Pashupati Temple is the most holy and significant temple among worshipers of Lord Shiva.  Non-Hindus are not allowed into Pashupatinath Temple itself but by standing on the opposite banks of the Bagmati, visitors can view the ghats where worship and ritual bathing takes place.  A few metres downstream the burning ghats often present a horrific fascination. If that is too intimate, there are plenty of small shrines and trails to explore.

Boudhanath Stupa:  Boudhanath Stupa is one of the most revered Buddhist sites in Kathmandu.  Here in the early morning and late afternoon, hundreds of Tibetan and Nepali Buddhists come to circumnavigate the stupa in prayer with the sound of spinning prayer wheels and the ringing of bells fillling the air. It is possible to eat in one of the many good restaurants around the stupa.

Swayambhunath: Swayambhunath Stupa (or Monkey Temple as it’s often know) has great importance to the Valley’s indigenous Newar population whose religion is a unique blend of Buddhism and Hinduism.  We reach the top by a long staircase from the east. In addition to devotees, visitors can see many monkeys on the climb up to the stupa (please do not feed or pet them), and have a wonderful view over Kathmandu.

After breakfast we drive to the neighbouring town of Bhaktapur where we spend the mornings exploring many ancient temples in the vehicle free Bhaktapur Durbar Square.  Here we will take lunch before driving for approximately an hour to the hilltop town of Nagarkot (2,175m). You can taste the clearer air and feel the drop in temperature as we up drive the winding road and through forests. The town is famous for its sunset and sunrise views of several mountain ranges. Before checking into your hotel we will take you the viewing tower.  If the weather is clear the views are astounding. Then you are free to explore the forests and surrounding small town.  Your guide will ensure you are at the right place at the right time for the stunning sunset views!

Kathmandu is made up of three towns which were original separate kingdoms: Kathmandu (Kasthamandap), Patan and Bhaktapur. While Kathmandu and Patan are separated by a bridge across the Bagmati River and are really indistinguishable, Bhaktapur lies out passed the airport and is very different. Within the Durbar Square is the royal palace of the Bhaktapur Kingdom and many ancient temples making up this World Heritage Site.  Bhaktapur Durbar Square was severely damaged by both the 1934 and the 2015 earthquakes. Reconstruction from the 2015 earthquake is still underway.  But there are still many fascinating ancient stone structures, temples and carvings to see. Bhaktapur is also famous for its pottery and it is possible to watch potters at work. As the centre of Bhaktapur is vehicle free, you can enjoy walking around the temples safely.

Many city dwellers come to Nagarkot for the fresh air. But for many visitors it is the mountains that are the main attraction. From Nagarkot, perhaps even from your hotel room window, you can see eight out of the 13 Himalaya mountain ranges!  Annapurna, Manaslu, Ganesh Himal, Langtang, Jugal, Rolwaling, Mahalangur and Numbur ranges to be exact! Being higher than Kathmandu the weather is cooler. Cold and foggy in the winter months.  This is atmospheric and refreshing. Even for those who have spent time trekking in the Himalayas, the views from Nagarkot are particularly stunning as they are just there – across your breakfast table!  Sunrise and sunset is the best time to see the mountains.

Rise early in the cold air to watch the sunrise over the mountains. Be patient. Sometimes the mountains are clear the whole time, but depending on the season the mountains may make their appearance only after the clouds have dropped. This is a very magical time of day as the mountains open up before your eyes. While you eat breakfast, you can still take in the beauty of the mountains from the hotel terrace. After breakfast we drive down to Patan Durbar Square to explore man-made wonders in the form of ancient temples. Patan Museum offers an interesting insight into the history of the valley and how the rich tradition of brass making and stone carving came about. Lunch is taken in the leafy courtyard of the museum before heading back to your hotel. Take the opportunity to do some shopping – either around Patan Durbar Square or in Thamel.  Patan is famous for its Thangka paintings and for its brass ware. And Thamel has – well, everything! Tonight a farewell dinner.

Each of the three ancient kingdoms – Kathmandu, Bhaktapur and Patan – have a Durbar (palace) Square.  Each is very different and each site is a UNESCO World Heritage Site.  Patan Durbar Square is the smallest of the three. This square also saw damage during the 2015 earthquake and there is also construction going on.   But this doesn’t detract from the beauty of the square.  Around the square are many alleys and roads leading off to other interesting places such as the Golden Temple, water spouts and ponds etc.  There are also plenty of shops to browse in.  The Patan Museum is situated in the heart of Patan Durbar Square in a series of ancient buildings and courtyards. The museum is made up of different galleries, some that change with contemporary works. This is one of the best museums in Nepal in its layout, content and facilities and worth taking time to explore.  Its larger outside courtyard is often used for cultural and musical events.  There is a lovely restaurant set in a leafy courtyard (run by Dwarika Hotel) which offers good food in a unique setting.

Depending on your flight time, you will be transferred to the airport. You will be transferred to the airport three hours prior to the departure time. In case your flight is late in the evening please let us know if you require half day use of the hotel. This which will incur extra charges as the check out time is usually 12 pm. Your airport representative will pick you from your hotel accordingly and take you to the international airport for your onward flight.

Our travel experts are on hand to help !

No matter what the inquiry, our commitment to exceptional service ensures that a helpful and knowledgeable staff member is always on hand to assist you whenever the need arises Phone: +977 9813175762, Whatsapp: +977 9801050015
enquire now 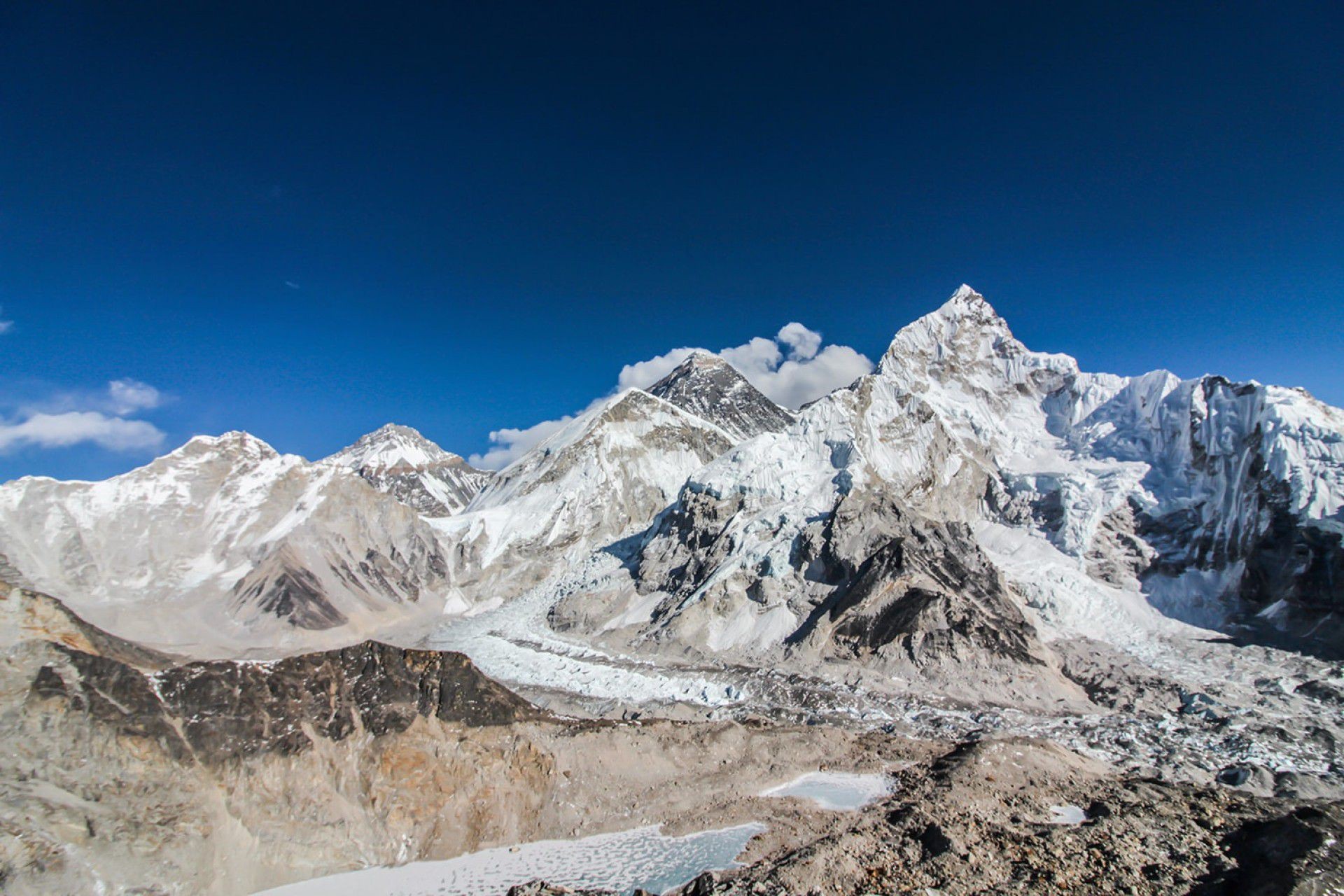 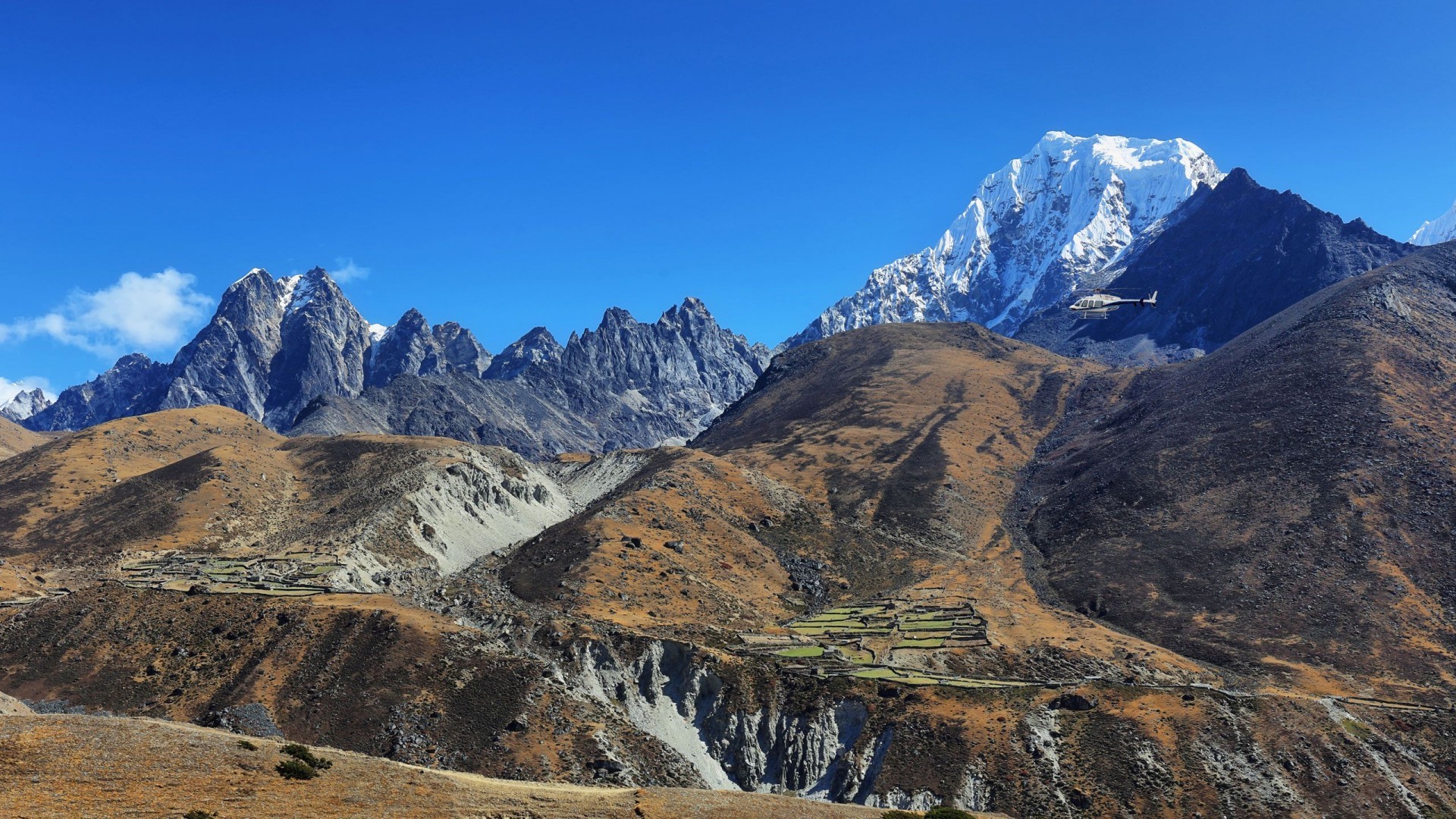 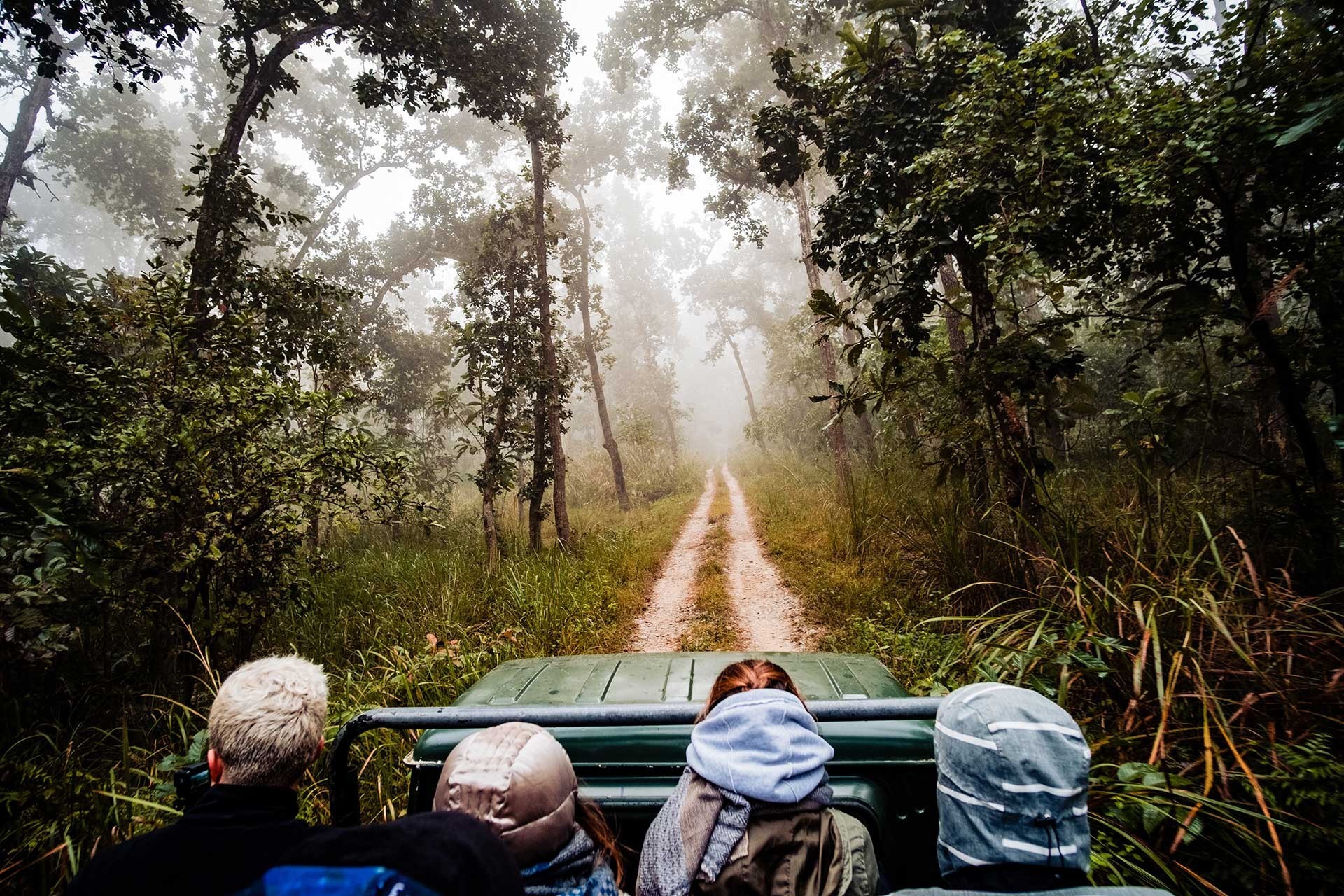 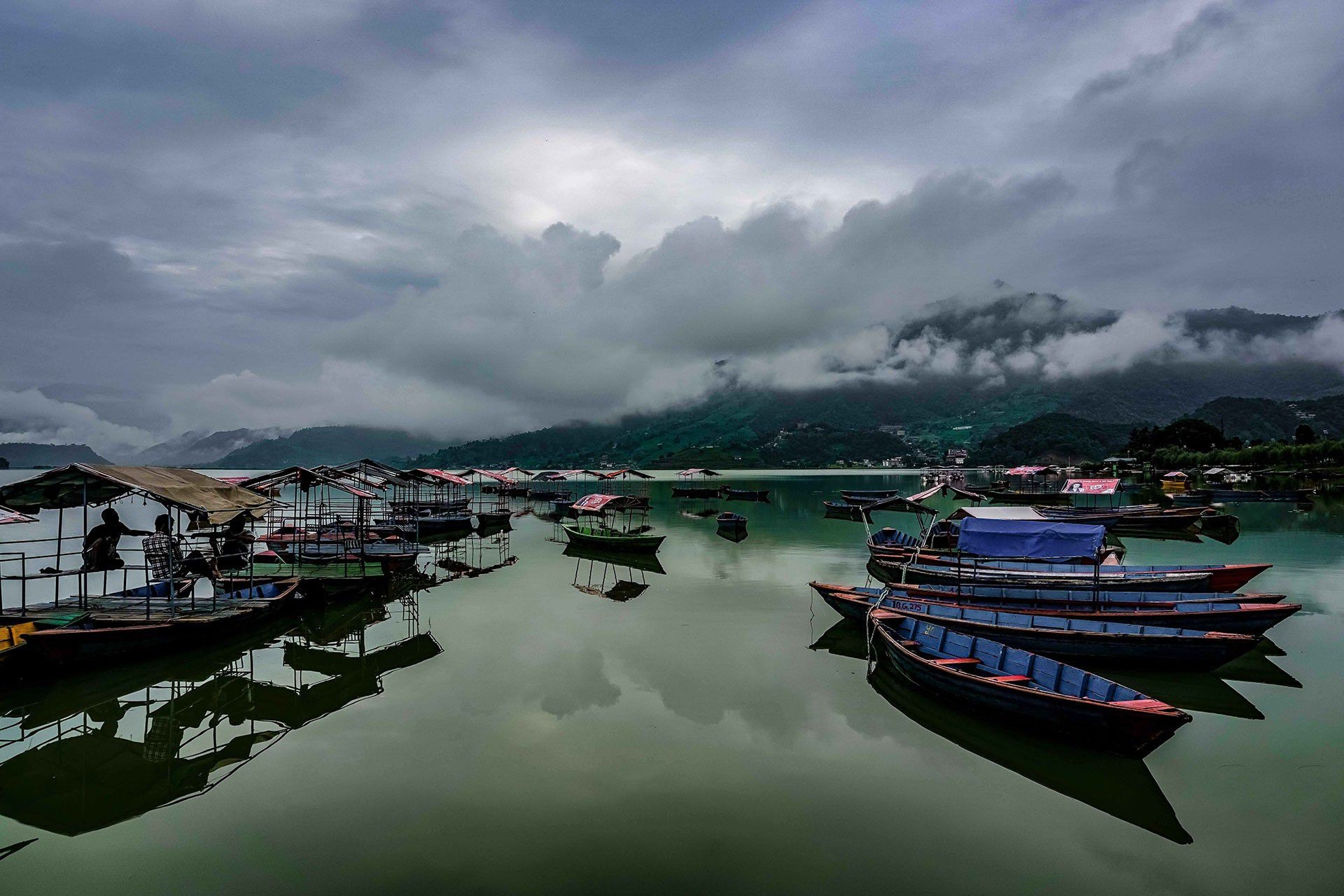 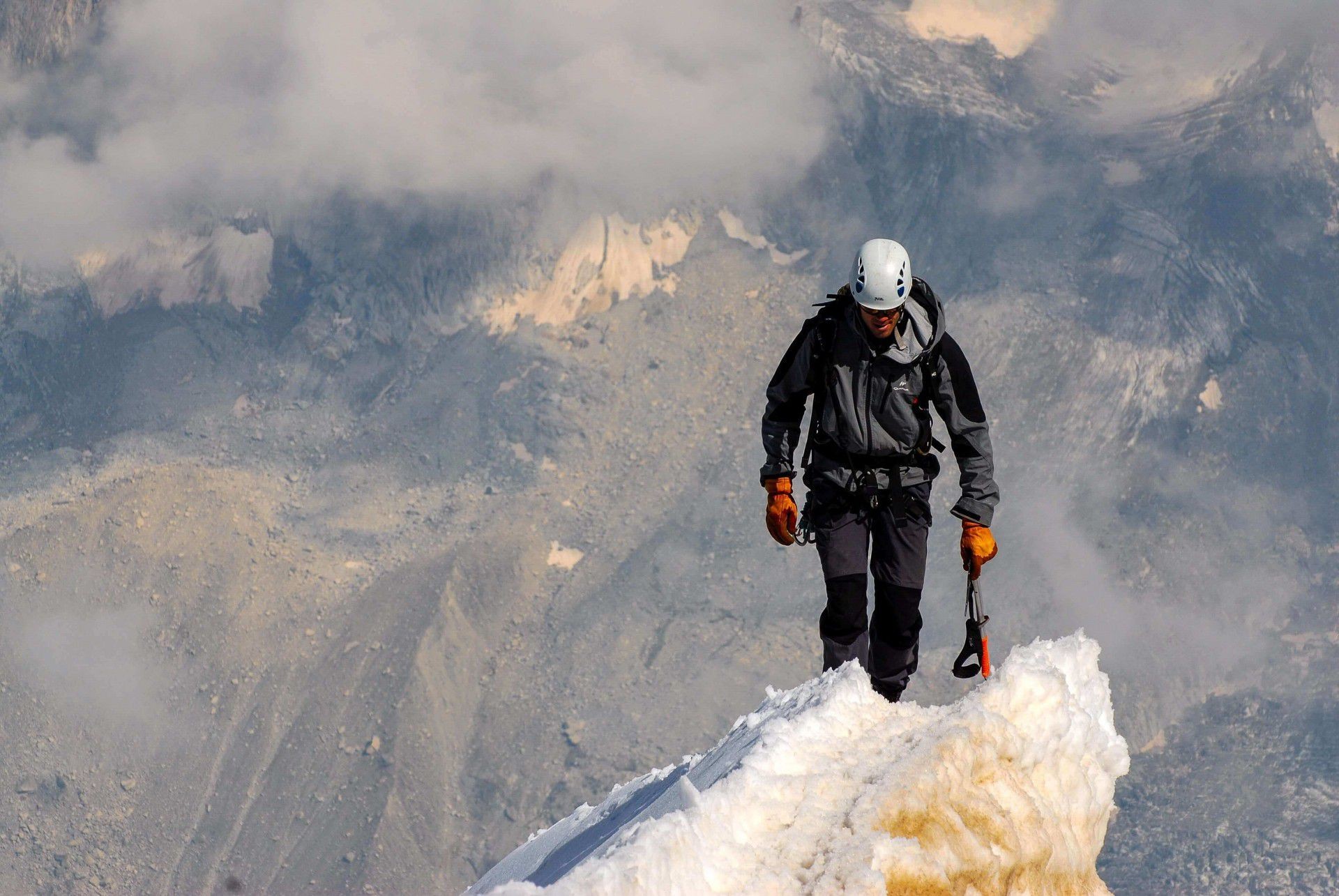